Searching for a thrill like Electric Man 2? Well, rumor has it that Electric Man 3 might be arriving soon and that it will feature another classic battle royal tournament where you get to juke it out with some brand new, challenging opponents. The previous game was rather fun and featured a series of great moves, kicks and power grabs and throws. However, it really lacked “content” and after a while it became rather easy. You could fight in rounds against the Frozen, the Pyromaniacs, the Plagues and so on, but once you had beaten the game there was really not much to do other than replay all the levels again, which isn’t very amusing. 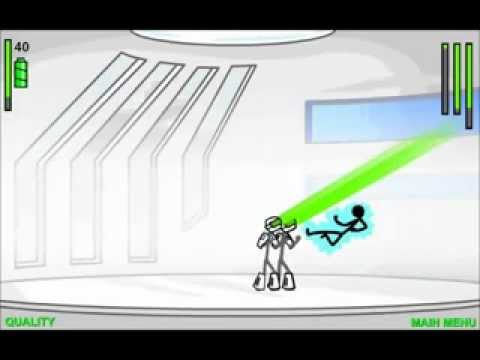 As far as character customization goes it really wasn’t all that great either. In the start of the game you could do some basic changes to your character’s profile such as change his main color attributes and name. That’s about it as far as the previous Electric Man game goes. In the next one, however, we are hoping to see much more options related to the progress of your main character. It would be cool if he were to gain experience and level up through the tournament and then you could increase his stats and learn new moves. This is, however, a not so original game concept that wouldn’t be enough to capture a typical player’s interest.

The main fun factor of Electric Man was battling different groups of opponents and using powerful moves on them. Creating a combination of slow motion punches and slow motion grabs was great fun, although it drained battery points very quickly. Advancing the next game by improving these aspects of the game is what the developer should really be aiming for. There are a lot of fighting games made in flash, but not enough of them have figured the concept out like Electric Man! It would be a shame to let such an interesting system get forgotten as it really brings small, lightweight flash games closer to the quality of games we had a chance to see on our PC or game consoles. 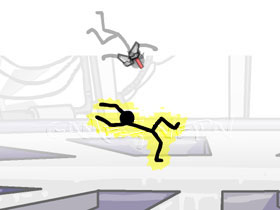 So, character customization and improved gameplay features and fighting moves. Is there anything else that Electric Man 3 should bring to us? Well, how about improved graphics, more enemies and different sound tracks and environments? The Tournament of Voltagen certainly has a lot of room to improve itself and include different arenas and game modes. It would also be very nice if the developers could create new visual effects that would correspond to the actual attacks that are being made.

Aside from implementing new features and updating the looks of the game, the creator of the game should also focus on solving issues that sometimes ruin the user experience of the game. These issues include glitches and lag which is never a nice thing to have in a game. Most of the problems happen while fighting several enemies and using special moves on them which is quite unfortunate as you will waste battery points. Hopefully, the creators of the game will reflect on all of these issues and surprise us with a great, new Electric Man 3 game!